The topic of food allergies in babies and children is something that hits so close to home for me since my daughter, Emma (who is almost two) is allergic to peanuts and all tree nuts and used to have an egg allergy…

When Emma was about 9 months old I was so excited to introduce nuts into her diet. Nuts are a healthy source of healthy fat, which I felt she needed more of in her diet (they’re also packed with nutrients). I also LOVE adding nut butter to everything I eat, so was excited to be able to share more of my food with her. With great excitement I remember giving Emma her first taste of nut butter. I never even thought about or expected her to be allergic to nuts since I consumed them my entire pregnancy and throughout breastfeeding.

To my extreme surprise and disappointment, within 5 minutes of her consuming a very small amount of the nut butter (about the size of a pea), her face immediately broke out into a rash. As a first-time nervous mom I began to panic and called the pediatrician who advised me to give her a dose of children’s Benadryl. I didn’t have Benadryl in my house so put her in the car and rushed her straight to the doctor’s office. Luckily, the reaction was localized to just a really bad rash on her face, but if I sensed that she was having any trouble breathing I would have gone straight to the emergency room. The pediatrician gave Emma a dose of Benadryl immediately upon arriving and within a few minutes the rash completely cleared up. It was a scary and upsetting experience and I felt lucky that nothing more serious had happened.

A few weeks later, Emma had a blood test done just to be certain she had an allergy, and the test results confirmed that she is allergic to peanuts, ALL tree nuts AND eggs. To be honest I was extremely disappointed with the allergist I took her to. He simply told me to just stay away from all nuts and eggs and wasn’t offering any type of solution of how to potentially get her to overcome these allergies. I know it’s not possible for everyone to outgrow an allergy, but I know that many people have had success with it. It was at that time that I dove headfirst into researching allergies amongst babies and young children.

After hours upon hours of research I was finding a common thread: the importance of introducing common allergens early and often, as soon as your baby started solids – usually between 4-6 months according to the American Academy of Allergy, Asthma & Immunology (AAAAI). I thought I was introducing nuts ‘early’ at 9 months, but realize I probably should have found a way to introduce them even earlier. It’s tough because there’s so much conflicting information out there about when to introduce. However, I’m now a big believer of introducing these foods as early as possible.

I recently came across a company called SpoonfulOne. I wish I knew about SpoonfulOne sooner (when Emma was born). SpoonfulOne is a daily food mix-in that gently introduces your child’s immune system to all the common foods that could potentially become allergens. Spoonful One is a patented formula created by a pediatrician, allergist and mother of five. It’s packaged in convenient pre-measured single-serve packets that can easily be incorporated into any food your child enjoys. I love that the packets are small so they are easily portable. It’s made of wholesome, real foods (no preservatives, artificial sweeteners, flavors or dyes). SpoonfulOne complete approach covers not only peanut but all other common allergenic foods like shrimp, soy and tree nuts which can be difficult to include into your child’s daily diet. This is key since 77% of people with a food allergy are actually allergic to something other than peanut. SpoonfulOne can be started once solid foods have been introduced (between 4 – 6 months) to gently train the immune system on a daily basis by giving small portions of common allergen-foods. SpoonfulOne includes Vitamin D for immune balance. Most importantly, SpoonfulOne is proven safe for introduction and regular long-term use at home by infants in an independent, nationwide study and are pediatrically tested. Last but not least, SpoonfulOne was manufactured responsibly in accordance with the FDA’s Good Manufacturing Practice rule.

With food allergies amongst children on the rise, including food allergens early and consistently make sense in today’s world. Also, independent studies increasingly demonstrate that dietary diversity early in life is associated with a reduced risk of allergies, asthma, and atopic disease in general. I truly believe this is a great way to proactively and gently include foods that could be allergenic and help to train your child’s system and give them a healthy start. This helps your child’s body to get to know and stay accustomed to foods responsible for 90% of food allergies.  It’s such an easy way to include allergenic foods into your everyday feeding routine.

A great way to use powder is to mix it into your little one’s oatmeal. My favorite oatmeal recipe is 1/2 cup breastmilk (or formula, or any milk or choice), 1/4 oats, 1/2 mashed banana (a natural sweetener), a pinch of cinnamon and 1 packet of SpoonfulOne powder. Another great idea would be to mix the powder into yogurt. There’s so many creative ways to include the powder in your little one’s meals and snacks. Again, I wish I knew about SpoonfulOne since the time I began introducing solid foods into Emma’s diet, so I felt it was so important for me to make other parents aware of this product. If I’m lucky enough to have another child I’ll definitely be incorporating this into their diet as soon as I begin solids.

I’ve attached a link here if you want to learn more about how to gently introduce common food allergens to your child’s immune system with SpoonfulOne.

This post was created in partnership with SpoonfulOne. All thoughts and opinions are my own. 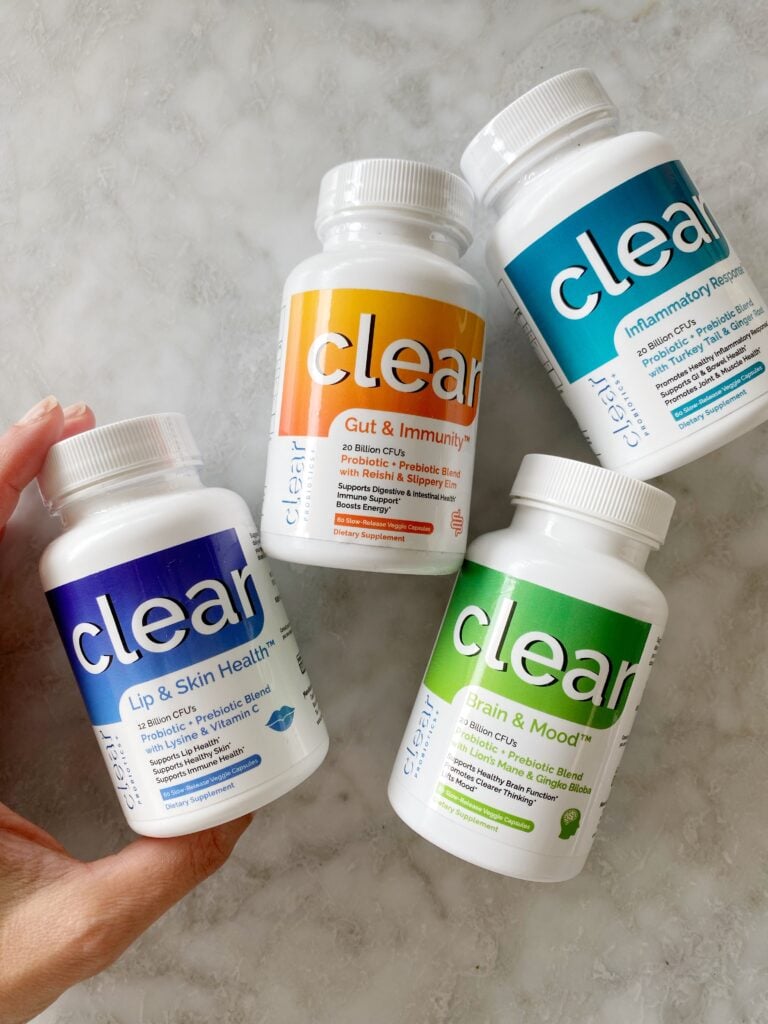 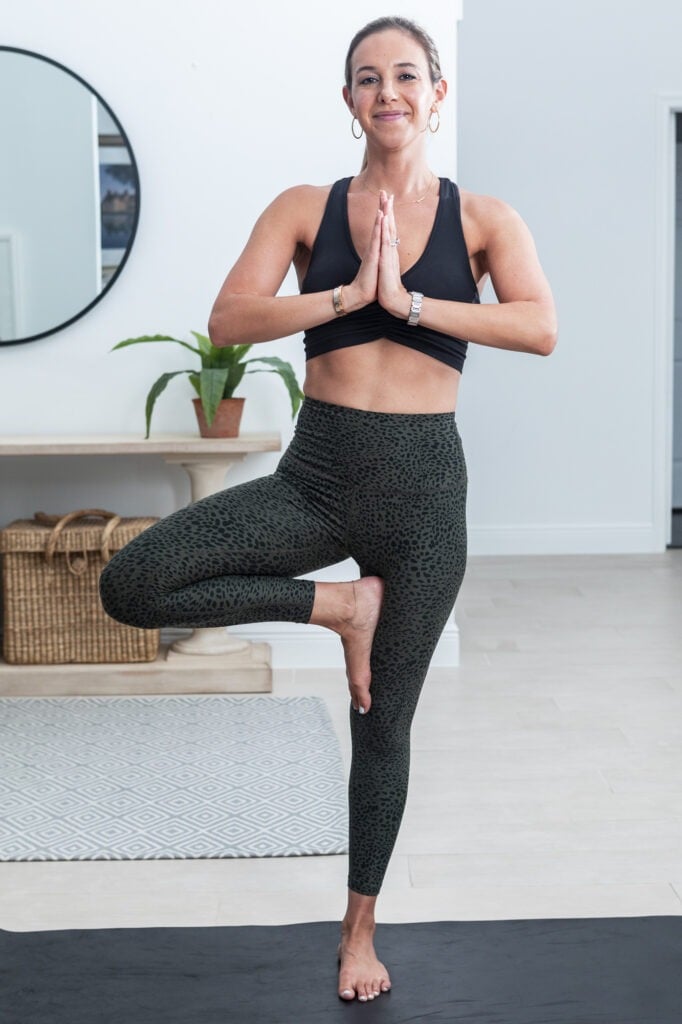 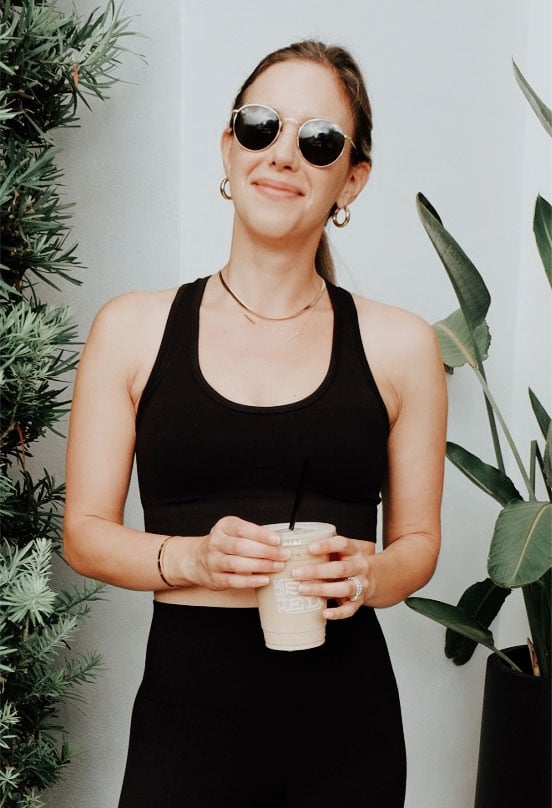 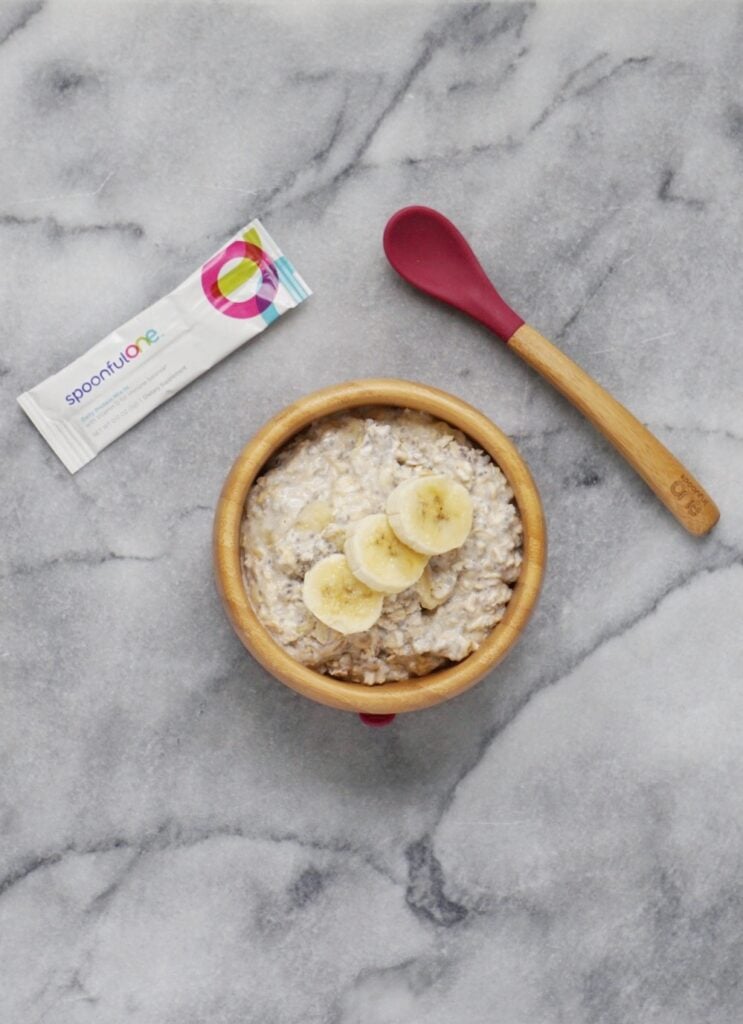 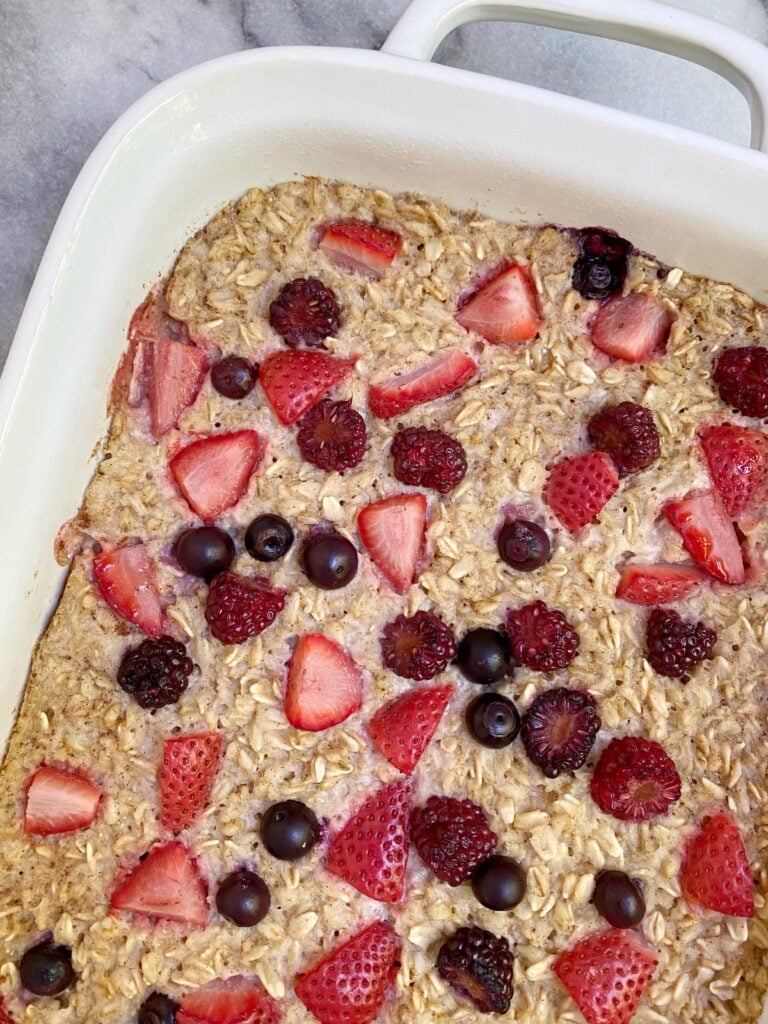 Follow Along - @PrenatalHealthandWellness
Summer in the mountains // my happy place ⛰ @sn

I recently had the honor of getting to speak with